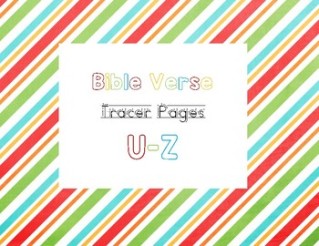 Parker listened to his Sing the Word “Letter U” verse and traced his worksheet from our U-Z Bible Verse Tracer Pack.

The next day we cut his tracer apart like a puzzle.  He pieced it together and glued it in his Bible Lapbook.

This week we read more missionary stories and tried to locate the countries of origin.

We also watched a short clip from our Sonlight Core A playlist about Okinawa.

Letter of the Week Activities:

We even added Kylo Ren to his ABC lapbook…we’re on a Star Wars roll!

I brought out our ABC Polar Bear Ice Fishing Fun pack for Parker to use. 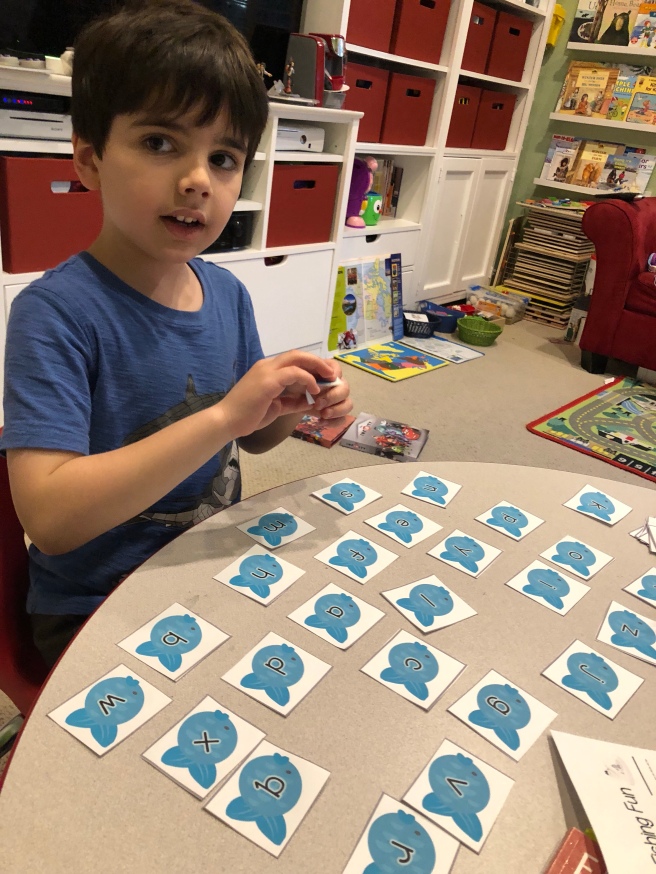 First, we went through our Fishy letter cards and collected the letters we’ve learned so far. 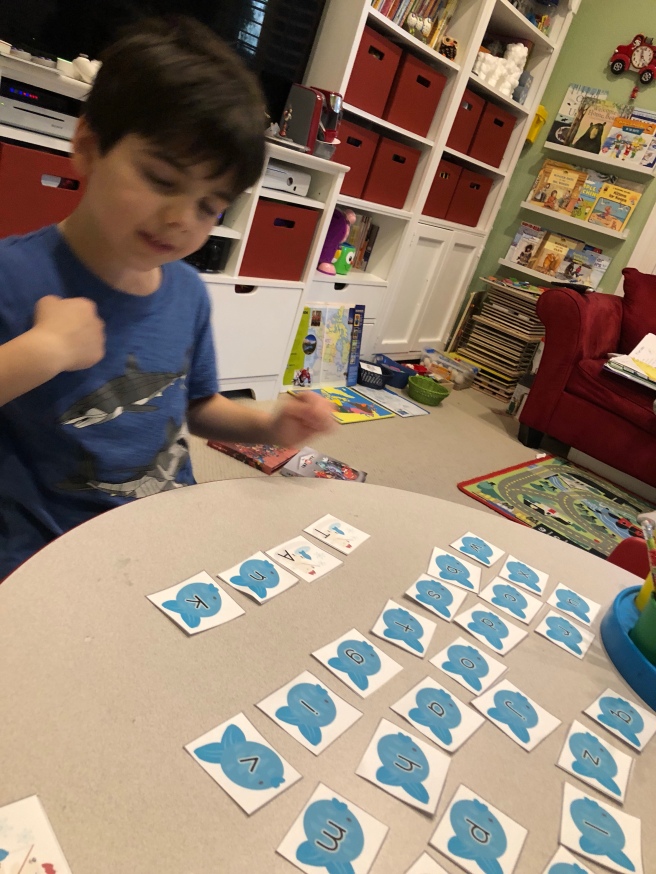 Next, I picked a starting sound and vowel and Parker added letters to create words.  He was really great at this activity.  He came up with several awesome words!

I set out a starting and ending sounds Arctic animals activity in our Learning Lane.

Parker sounded out each animal name and picked the beginning and ending letter sounds to go with each.

This wasn’t an easy activity, but he used his skills of deduction to figure out which letter went with the right animal.

Parker loves reading before his nap.  Here’s a few of the stories we’ve read lately!

You can see we’ve been on a Star Wars kick lately!

Jordan has been studying ordinal numbers in both his Horizon math and FIAR programs. I created a Very Last First Time worksheet to review both ordinal numbers and story sequencing.

Both boys did a great job reading and matching the ordinal number words to the correct natural numbers.

Days of the Week & Months of the Year:

I brought out our file folder games to review both!

The boys took turns reviewing days of the week and months of the year.  They both did an excellent job!

For the next few weeks, the boys are learning about the human body.  I’ve added quite a few clips about the functions of the body to our Core A Playlist.

I brought out our Montessori Food Groups printable and had the boys sort various foods by their group.

Chef For a Meal:

The boys prepared lunch one day this week.  They helped wash, cut, and prepare their fruits, vegetables, and sandwiches. 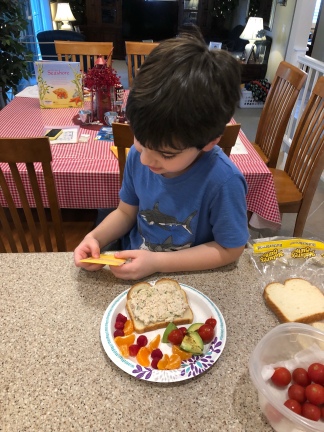 Parker prepared his lunch before taking his nap. 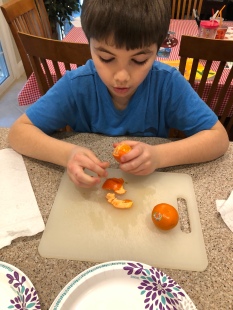 Jordan prepared lunch for the rest of the family.  They both had fun doing this activity!

This week we talked about bitter and sweet tastes.  I created a worksheet to go along with our Usborne Science Activities experiment.

I set out a worksheet, a cup of sugar water, a cup of cold decaf coffee, and two q-tips. 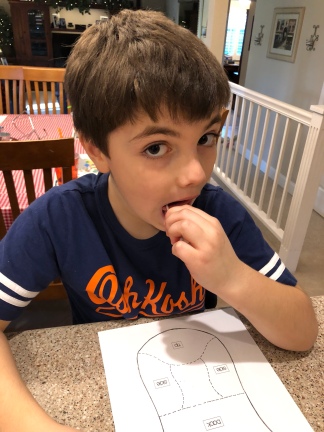 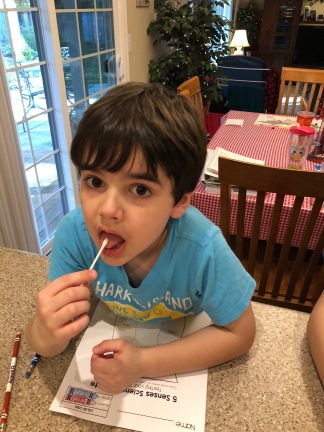 They used the q-tip to place the liquid on the tip, back, and sides of their tongue.

Then they recorded their findings on the worksheet.

I wrote down our phone vocabulary words on the white board and gave the boys a worksheet practice writing the area code, prefix, and remaining four digits of our phone number.

We also watched some phone clips on our Sonlight Core A playlist.

The boys used our play phone to practice calling and answering the phone.  You can NEVER have too many lessons on good manners 🙂